The second weekend of DBS Marina Regatta 2015 ended on a spectacular note with pyrotechnics display and lighted up sails touring the bay area – all for the closing ceremony of the 28th SEA Games Traditional Boat Racing and DBS Marina Regatta local races. 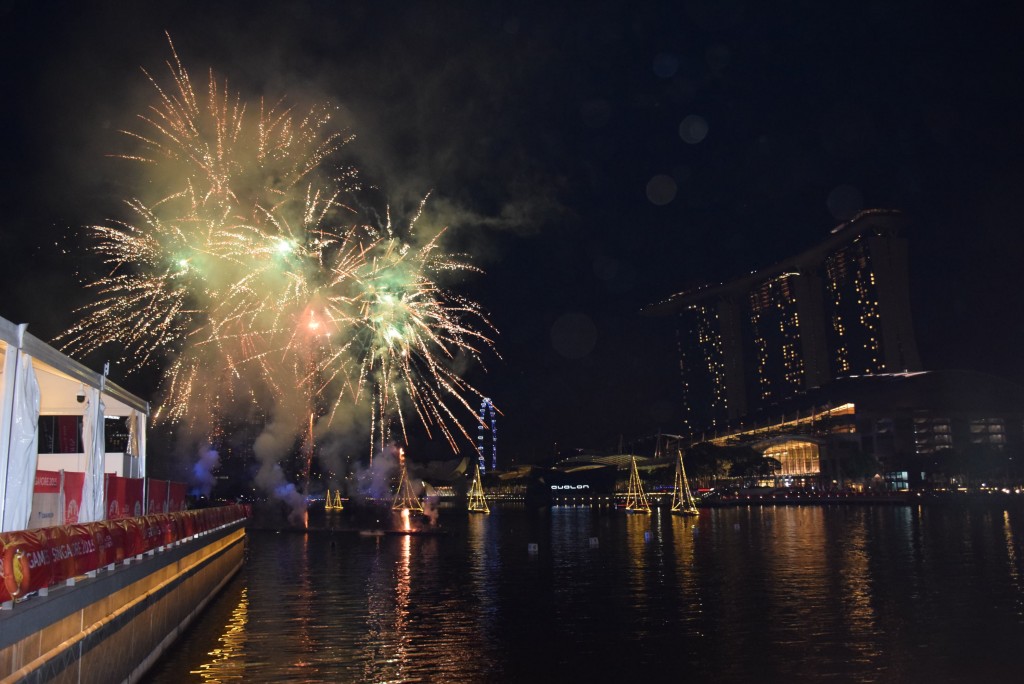 Here are some event highlights of the week:

Parents interacted and played along with their children at the Kids & Family Zone. Bouncy castles and SEA Games activities for kids ensured a good weekend of fun for the little ones. 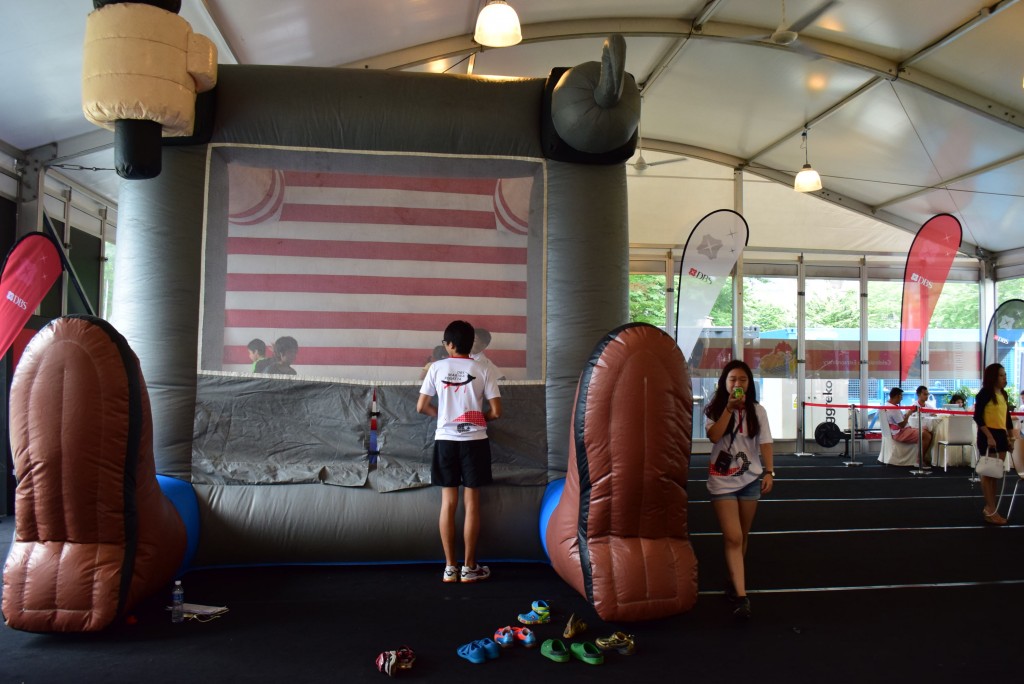 DBS Art Park was filled with artworks from various local budding artists. I managed to catch one of the artists adding colours to her work and bringing it to life from a blank canvas to a beautifully done-up portrait. 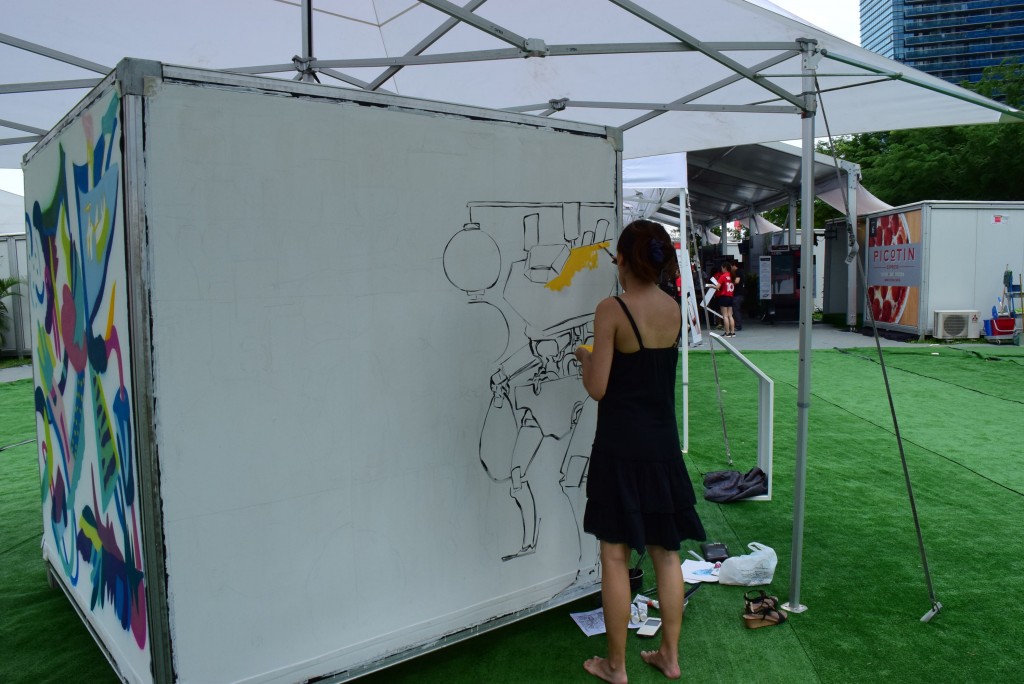 Dance competitions, along with cheerleading components, were held. The adorable children dressed in uniform getting all ready to cheer were an absolute joy to look at. 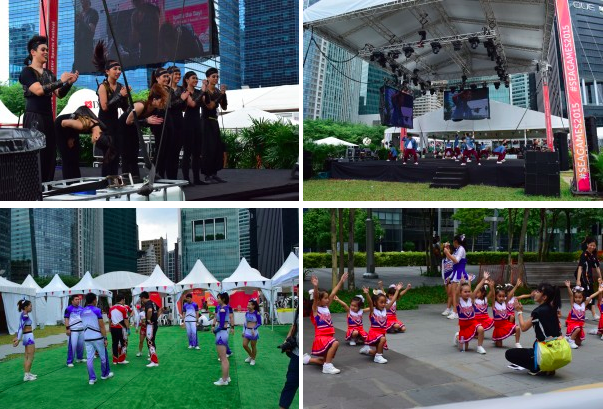 During the DBS Marina Regatta: Mixed Categories Dragonboat Racing, the local teams battled it out over two days for the top cash prize of S$20,000. Saturday was for the 200-metre race, and Sunday for the 500-metre race. Both races require different racing style, with the former mainly focusing on speed/rating, and the latter on strength endurance and technique. The weather definitely did not dampen the high spirits as teams continued to cheer on their paddlers – rain or shine. 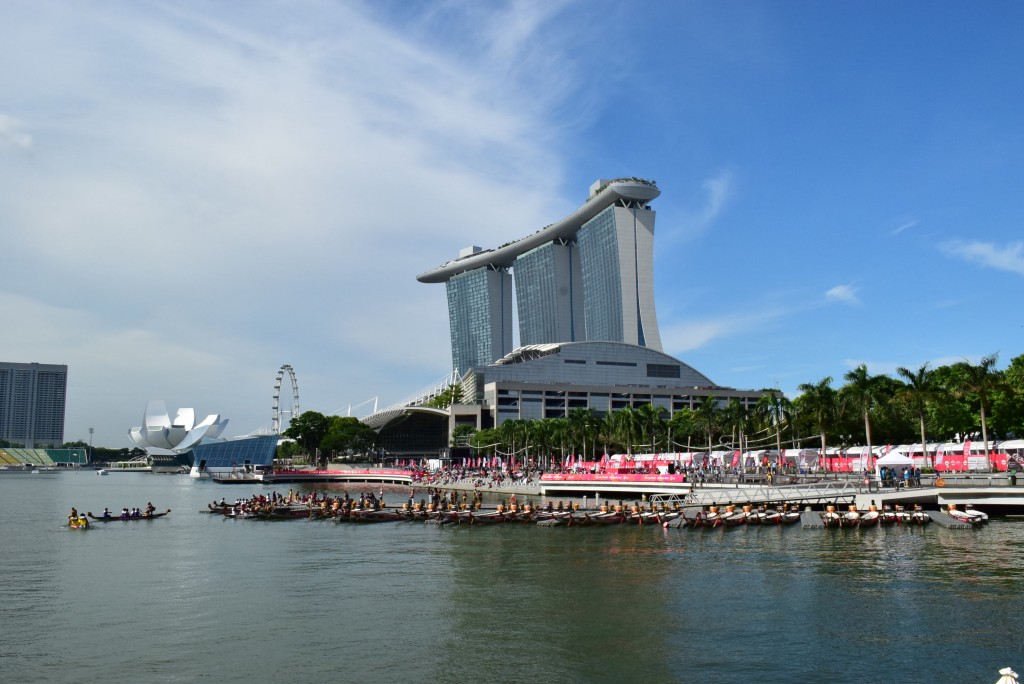 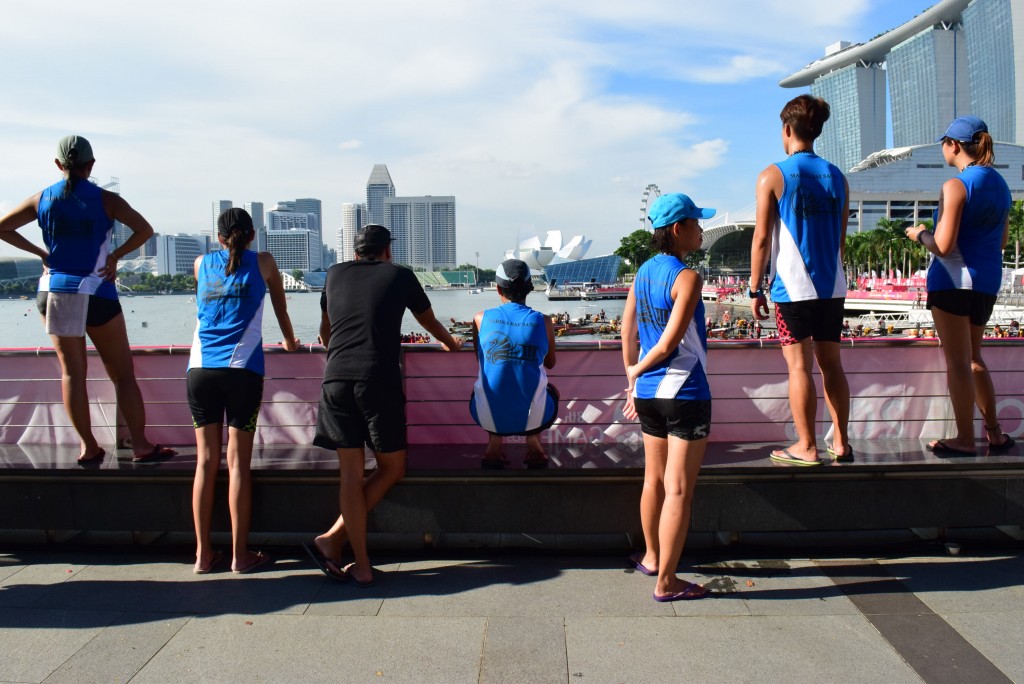 The 28th SEA Games Traditional Boat Racing, otherwise known as dragon-boating, was held in conjunction with DBS Marina Regatta 2015. The region’s powerhouses all gathered on the sunny island of Singapore to compete for the medals in this biennial event. Competitors included Cambodia, Indonesia, Myanmar, Philippines, Thailand and Singapore. Some of these countries hold the top positions amongst the world ranking, which means these races were highly anticipated events. Some of the biggest supporters who turned up for Team Singapore Dragon-boaters were ex-national team athletes. 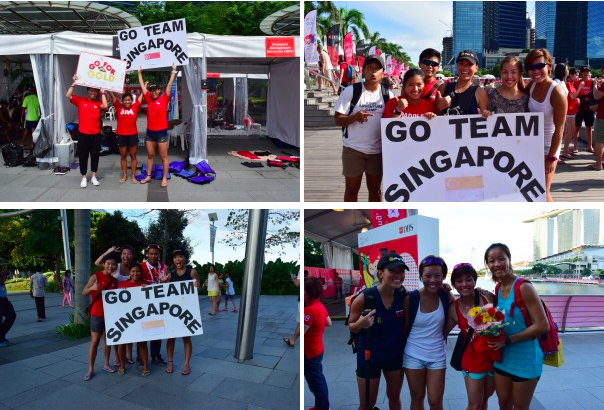 Prior to all races, teams will usually head for a warm-up run to prepare for the race and do some stretches to prevent injuries. These warm-ups are important, especially when the athletes are engaging in a high-intensity sport. Some teams also do a couple of visualisations before the race – a technique involving mental focus and images to achieve a particular goal.

Before a race, the team members picture the race sets and imagine the intensity, the stress and anxiety before actually hitting the waters. This will help pre-ampt the team for the actual races; the TeamSG girls were also seen huddling up for a visualisation set before the race. 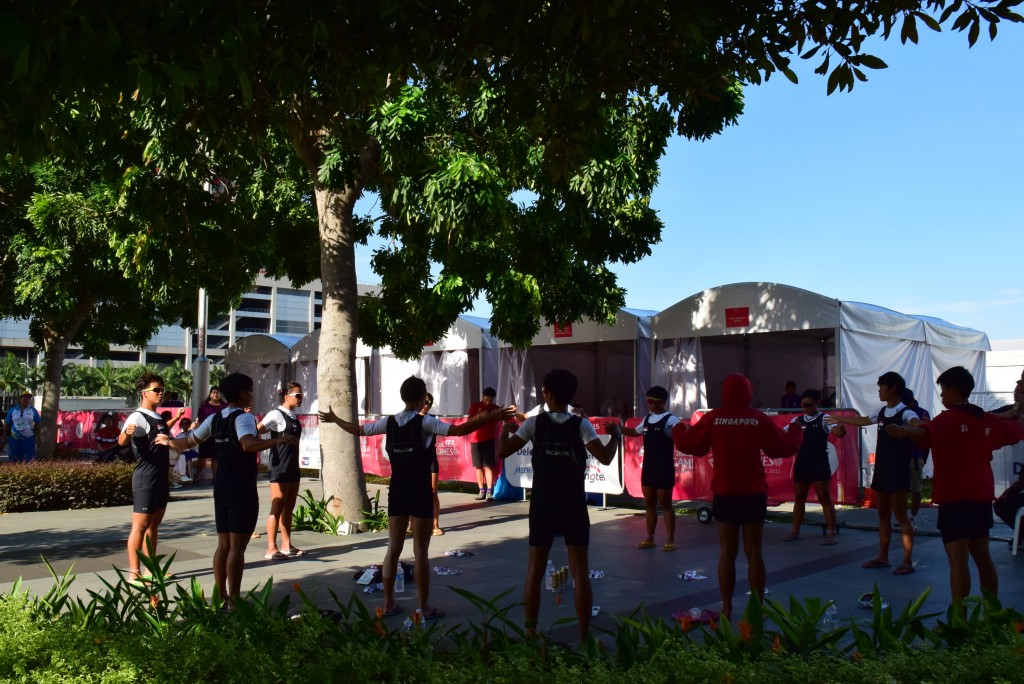 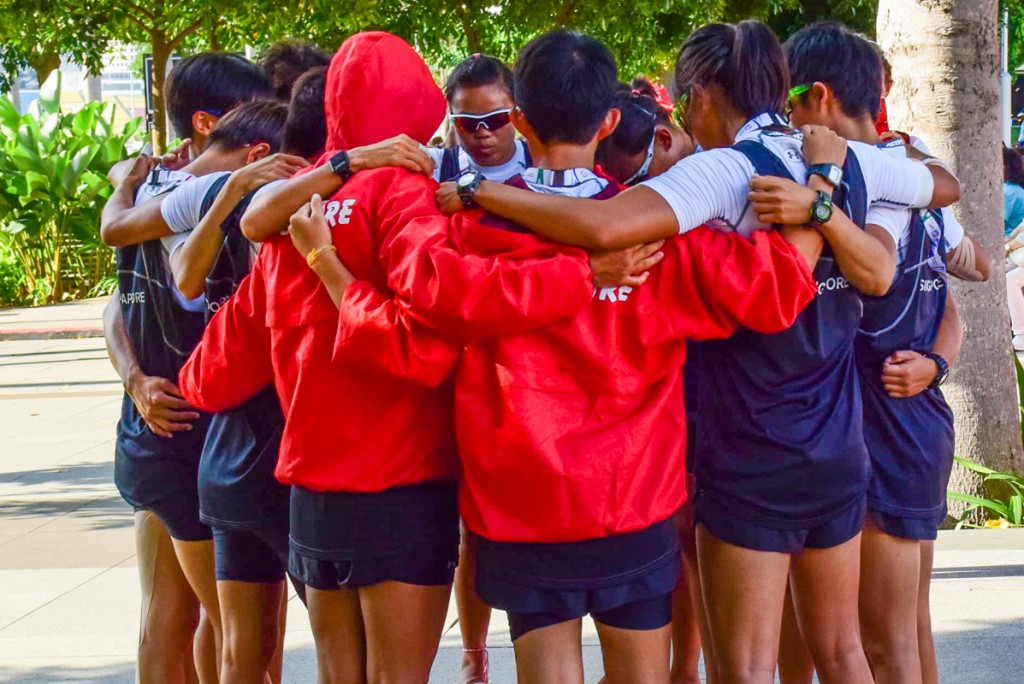 And then, it’s game time. Each race set was to last below three minutes and every paddler had to put in their best effort. During the races, roars of cheers can be heard at the grandstand, where it was filled with supporters from local teams, family and friends. Even though the sun was shining mercilessly, everyone braved the heat and shouted encouragements in unison at the top of their lungs, in an attempt to spur the athletes during the race. The TeamSG teams put up a great fight and came in third for five different events. Kudos to our TeamSG athletes! 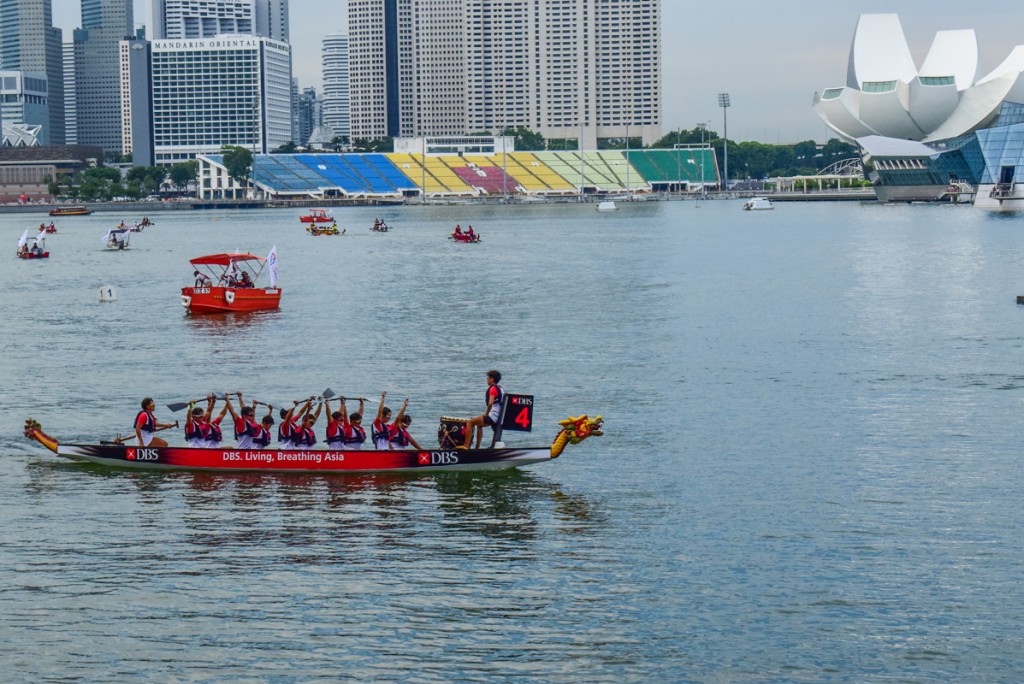 Awaiting the prize presentation, I could feel the excitement as months and months of intensive training had come down to this. 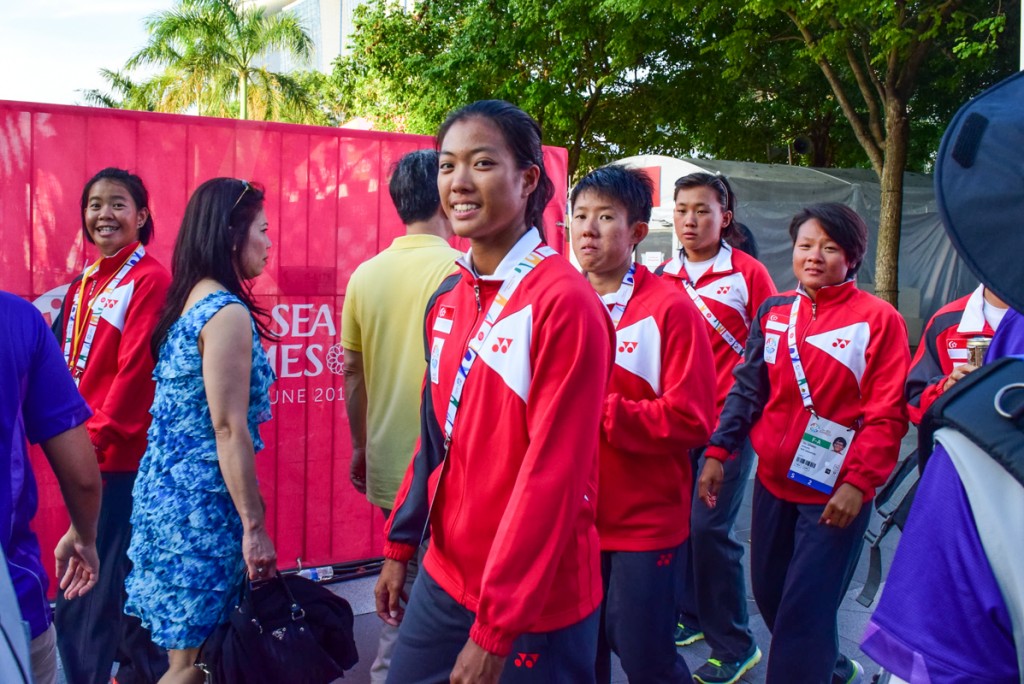 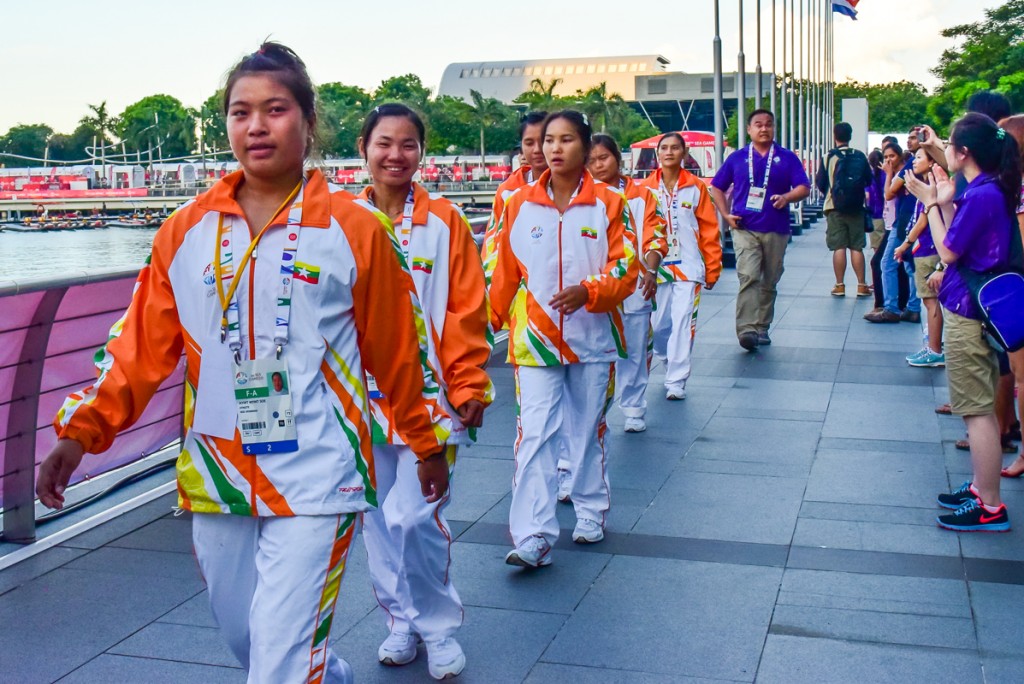 The bright smiles on their faces were not brought out easily; it is only through hardship, endurance and pain that brought out the best in each and every individual, not forgetting the key to success for team sports – perfect teamwork and camaraderie. 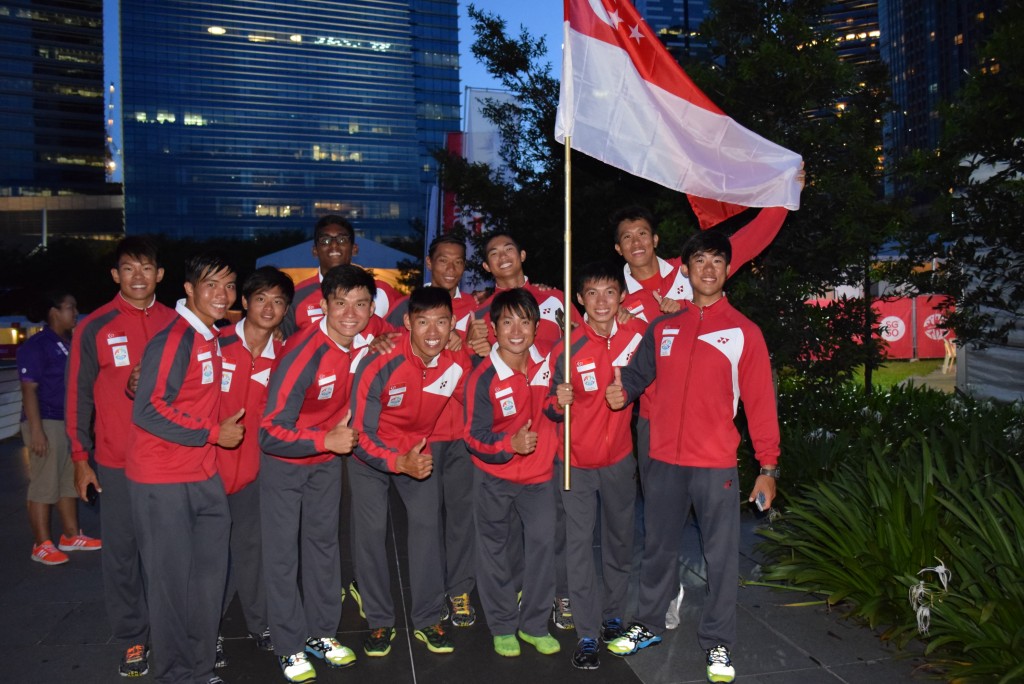 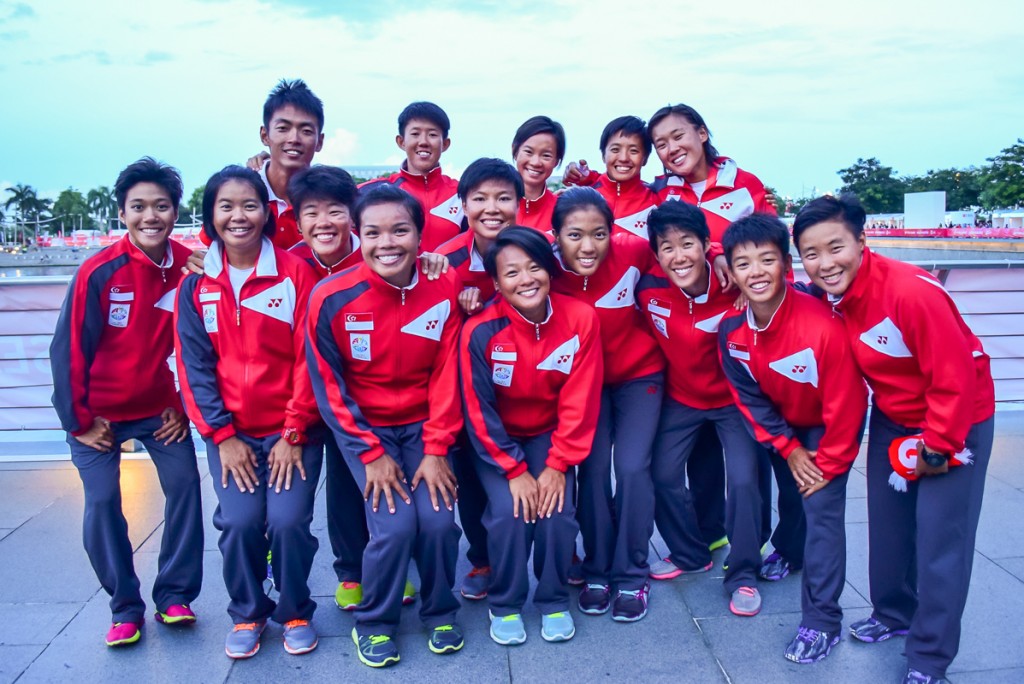 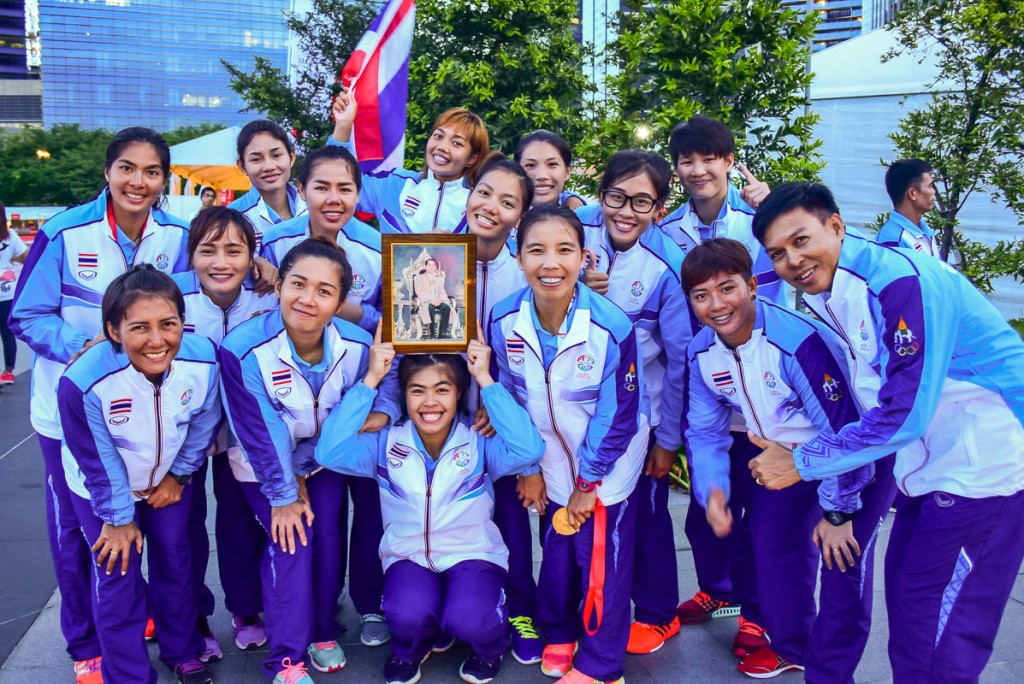 Congratulations to TeamSG athletes for attaining the bronze medals in five events! And, thank you Prime Minister Lee for gracing the event. 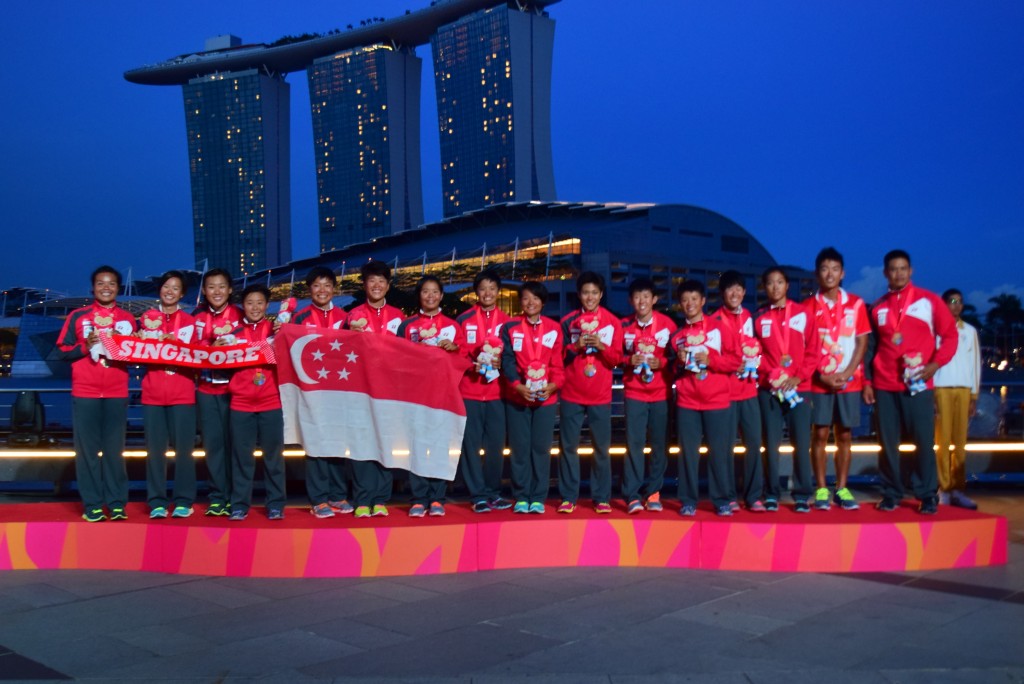 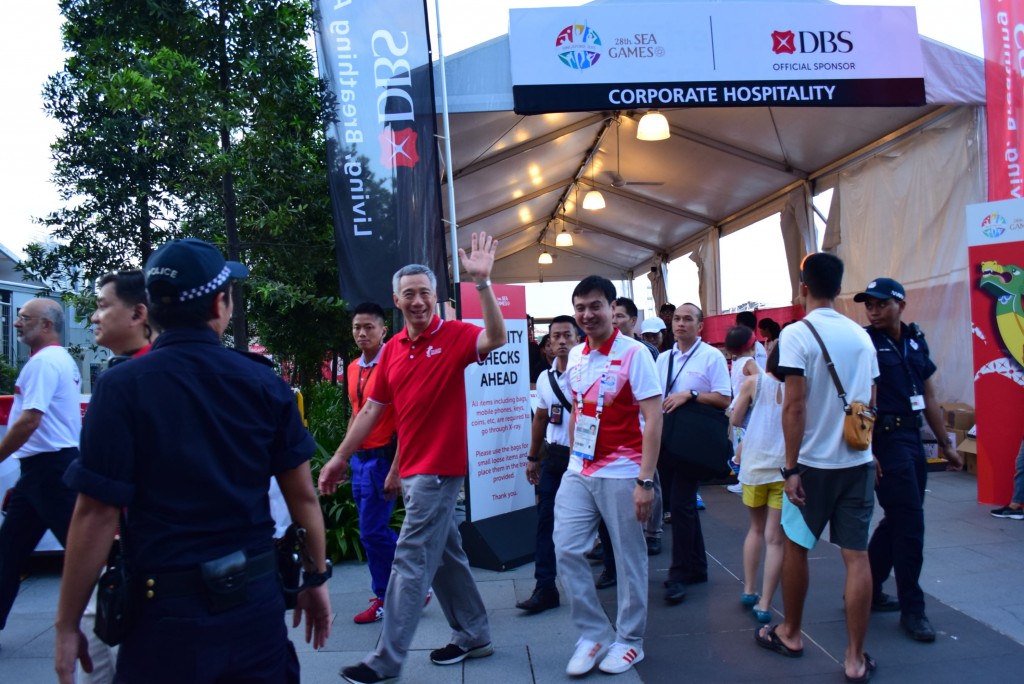 For details on the race timings, head on to the SEA GAMES official website to find out more.

Head down to The [email protected] Bay this coming weekend as it is the last week for DBS Marina Regatta 2015. Look out for the urban beach – the first of its kind in town – and sailing events for the 28th Sea Games 2015. See you there!