What's On
You are at:Home»Entertainment»MTV Music Evolution 2015 – Bringing Hip-hop Around
By Gel ST on May 29, 2015 Entertainment, The Philippines

International artistes and home-grown Filipino talents jam-packed explosive performances and shook things up in Manila, the Philippines for #MTVMusicEvo on 17 May 2015. The Quirino Grandstand was packed with a live audience of over 22,000 fans for the hip-hop celebration, with a stellar artiste line-up including Apl.de.ap of Black Eyed Peas, Naughty by Nature, YG, DJ Cash Money, and the Philippines’ own Gloc-9 and Abra. 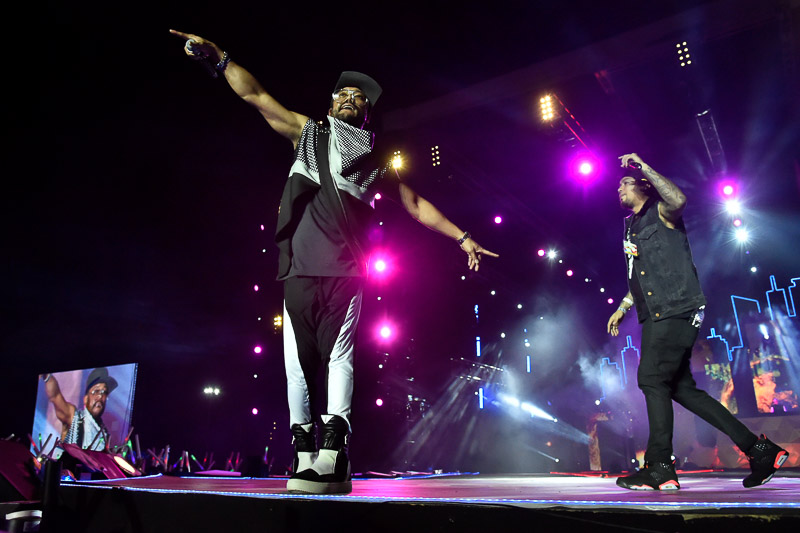 It’s definitely a smart move by MTV to marry classic hip-hop and contemporary tunes in the inaugural hip-hop concert in Manila. Gloc-9 fired off the night with a medley of rap tunes that touched on social issues. 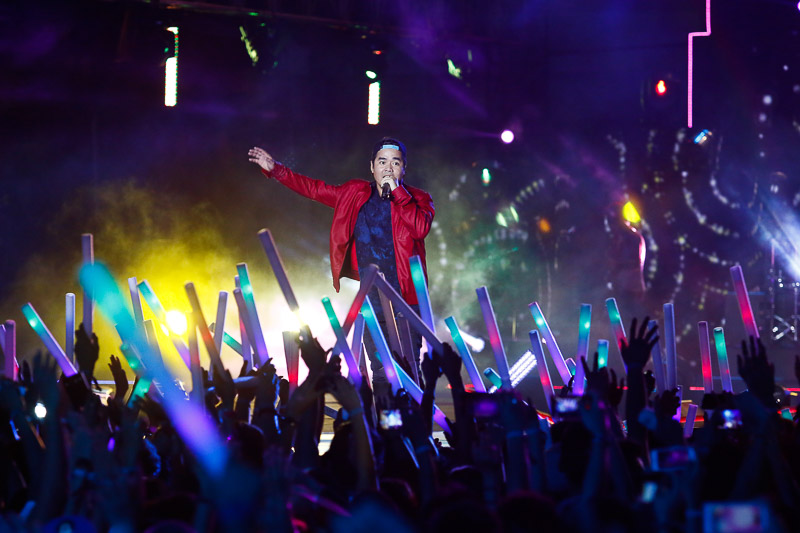 Gloc-9 connecting with the crowd

An artiste of small built but a big voice, Raymond Abracosa, better known as Abra, took the stage alongside Loonie and Ron Henley. Billed as the Philippines’ hottest hip-hop act, the gifted rapper rammed up the concert atmosphere and dished out more words in a song than what I speak in a month. I counted a total of 6 songs, backed brilliantly by impressive lighting and pyrotechnic display! A true talented rapper, Abra turns up the heat at the MTV Music Evolution.

You know you’re hitting the transition into international acts when the one and only Filipino-born Apl.de.ap jumped in with the hottest Black Eyed Peas hits. He’s one of the main reasons I’m all geared up for this hip-hop concert, because ain’t nobody got dibs on Apl.de.ap’s swag and style yet! 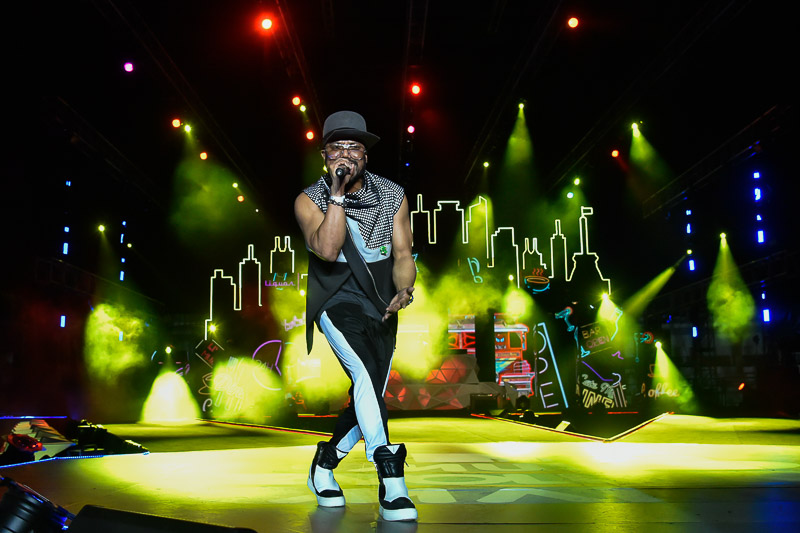 Apl.de.ap displays swag and style at the concert.

To top off the multiple award-winning singer-producer’s set, Apl.de.ap invited Team Apl finalist Jessica Reynoso (that’s right, from The Voice Philippines!) for the live renditions of “Be” and “Where is The Love?”. Rappers Abra and Loonie brought in their own rap to own the song big hit “Where is the Love?” to great applause from the audience.

This segment was the bomb, and it was definitely one of the coolest performances that night in my books! DJ Cash Money was next up, and the three-time DMC Champion showed no slack, fusing old school tunes ever so elegantly (read: lots of flair!) with new school flavour. Hailing from Philadelphia, the man gave the crowd an intense set, blending his decades of record-scratching experience and teasing the bubbly crowd with the future of hip-hop music amidst spectacular laser display. Representing West Coast, Rapper YG ran with the crowd and dished out chart-peaking songs like “Who Do You Love” and “I Just Wanna Party” alongside Slim 400, and DJ Goofy 500. 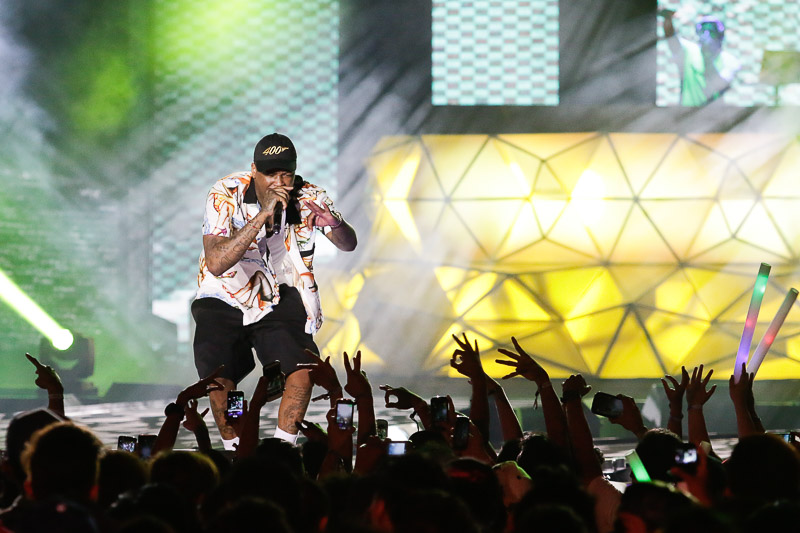 YG runs with the crowd with “Who Do You Love”. 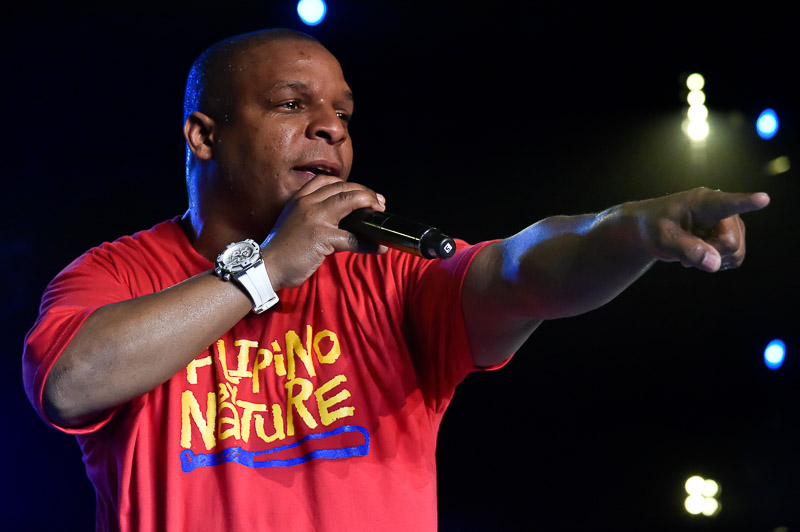 Vin Rock of Naughty by Nature connects with the crowd with a bright red custom Filipino by Nature T-shirt.

With a bright red “Filipino by Nature” tshirt, Vin Rock and the Naughty by Nature crew brought on the force and concluded the MTV Music Evolution. The Grammy-award winning team mesmerised the crowd with favourites like the 1991 hit “O.P.P.” (the lyrics are not exactly innocent and wholesome but I love the melody!) and their iconic song “Hip Hop Hooray” (heyyy hooo!). It was their first time performing in the Philippines, and they dished out a snippet of Filipino Master Rapper Francis M.’s “Kaleidoscope World”, cementing their love for the Filipino hip-hop culture.

Show hosts and MTV VJs Hanli Hoefer, Alan Wong, Chris Schneider and Yassi Pressman did an excellent job to excite the crowd, putting in 400% effort in between the various sets by the strong headliners. In fact, I totally dig VJ Alan twerking his ass at the concert, and you just might be able to catch it in the TV telecast on 30 May 2015! 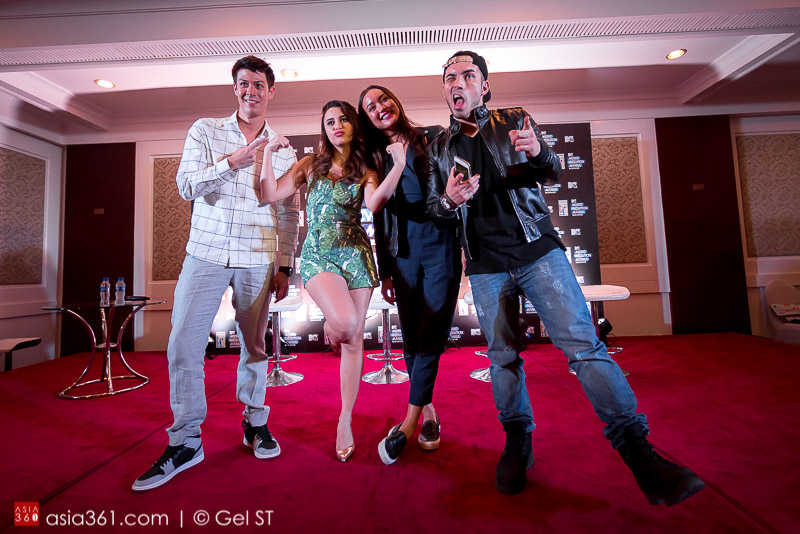 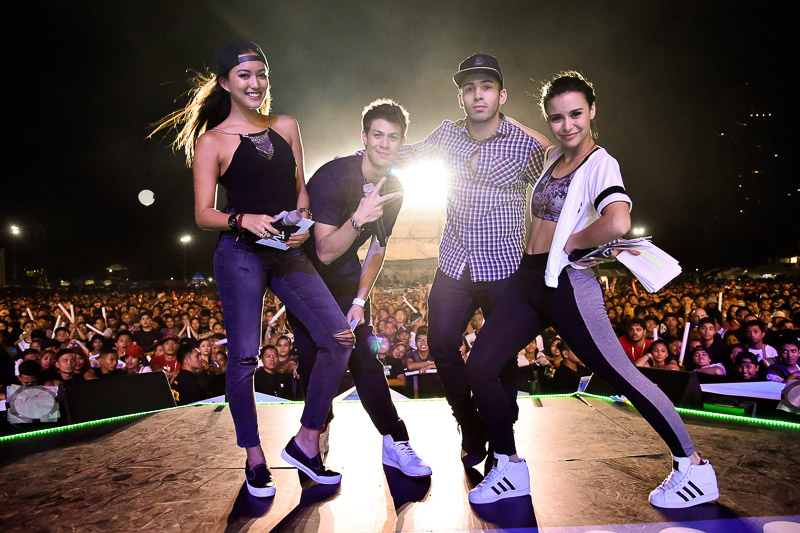 The complete roster of stars returned to the stage for a finale, with the multiple explosions of confetti decking the stage and live audience alike, with Naughty by Nature declaring the whole experience as “history in the making!”

(All photos from the live concert thanks to MTV Asia & Kristian Dowling, unless otherwise stated)

The free entry show was recorded live for global telecast under the MTV World Stage global series to an international audience of more than three-quarters of a billion households in over 160 countries.

Gel ST is the Head Photographer and Trainer at PROTOGRAPHY . A true Sagittarius, he loves to roam the streets, on foot and on wheels. He also enjoys crafting new visuals in the photo studio. Reach him at email: [email protected]