Alcatel ONETOUCH has recently released FLASH in Singapore earlier this month. The smartphone is available exclusively on Lazada.sg, going at a recommended retail price of S$228. Currently, it is being offered at S$199 on Lazada.sg. We managed to get our hands on the FLASH and check out the device. I will spare readers of boring unboxing images by combining them here.

The review unit came in its standard retail box. As if it is a standard across the industry, the phone came in wrapped in its anti-static wrap. Removing the top level, you can find accessories of the phone in the subsequent layers. The second layer consists of the instruction manual (which I promptly skipped) and, interestingly enough, a protective film for the screen. 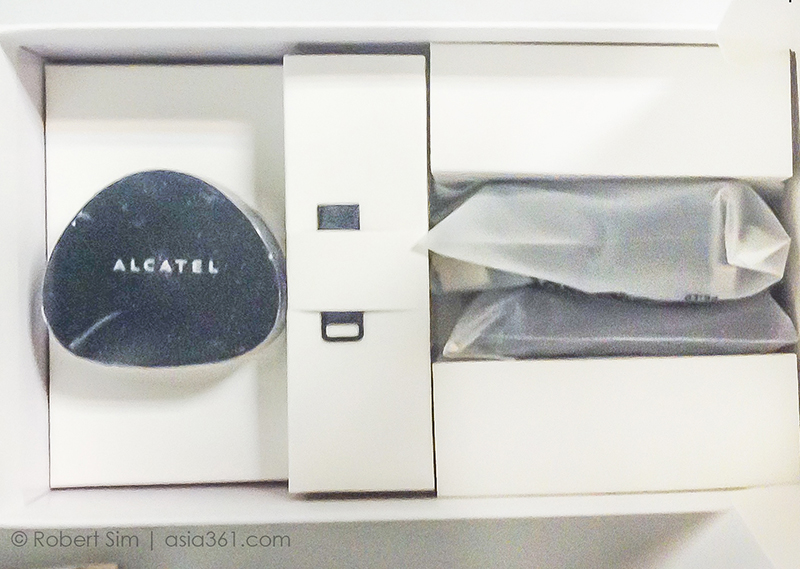 Unboxing: cables (unopened) on the right, black metal piece slotted in the center and the USB charger on the left.

The third layer contains the charger, a USB cable, earphones and a black flat piece. The black flat piece is used to extract the nano SIM cards and the microSD card. It can be a tad hard to retrieve the cards, but that should be the least of a regular user’s worries until you switch to another phone. 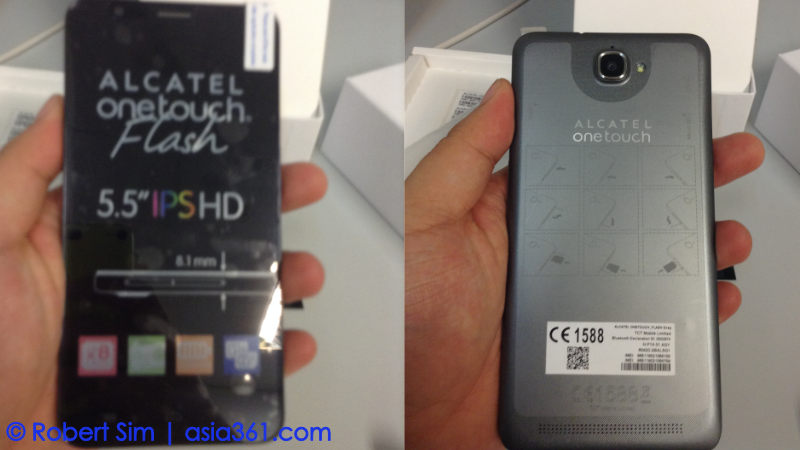 The front and back of the FLASH: the front has a protective film pre-applied and the back has instructions to insert the cards.

Removing the anti-static wrap reveals the phone itself. Now, here’s what made the unapplied protective film interesting – the screen already has a protective film applied. The lightweight phone, weighing at 150 g, seems incongruent with the size of the phone with a 5.5″ HD display. It boasts a battery capacity of 3,200 mAh, giving it up to 19 hours of talk time and 465 hours on stand-by. The next beast that this phone contains is an octa-core 1.4GHz processor. This gives the phone speed, power and display size rival to that of the high-end phones at an affordable price tag.

Android Kitkat gives the phone performance that it deserves. The FLASH is a dual-sim model, making it a handy device for  travelling. Inserted are Singtel (Singapore) and Far EasTone (Taiwan) SIM cards.

What powers the phone is Android Kitkat 4.4.2. Kitkat is known for the vast improvements in memory usage and performance. The interface of the phone does not deviate much from the stock Android interface. This makes it easy for anyone to adapt to the phone out of the box. 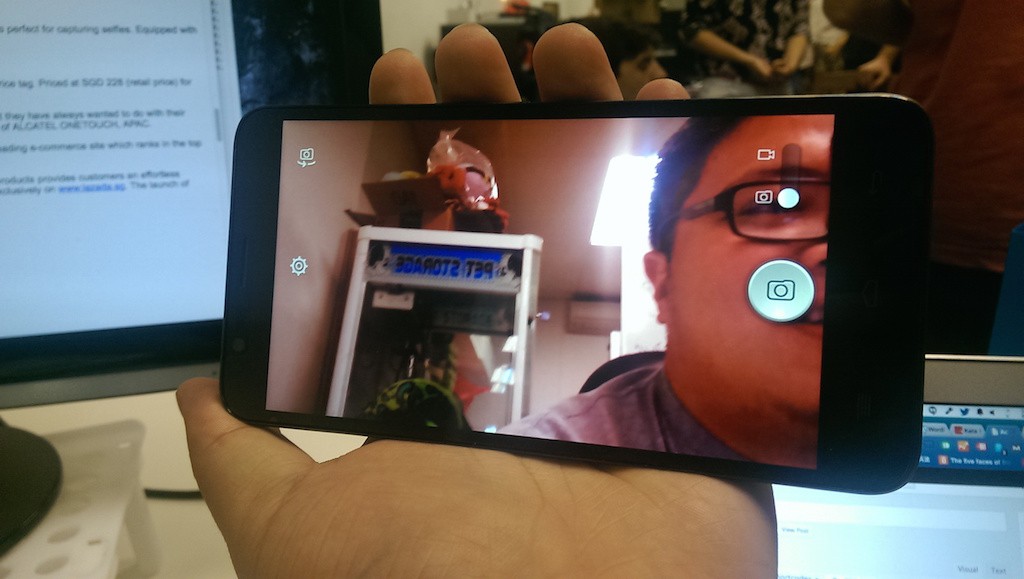 To sweeten the deal, the phone contains a 13MP rear facing camera and a 5MP front facing camera (which makes it a great selfie phone). 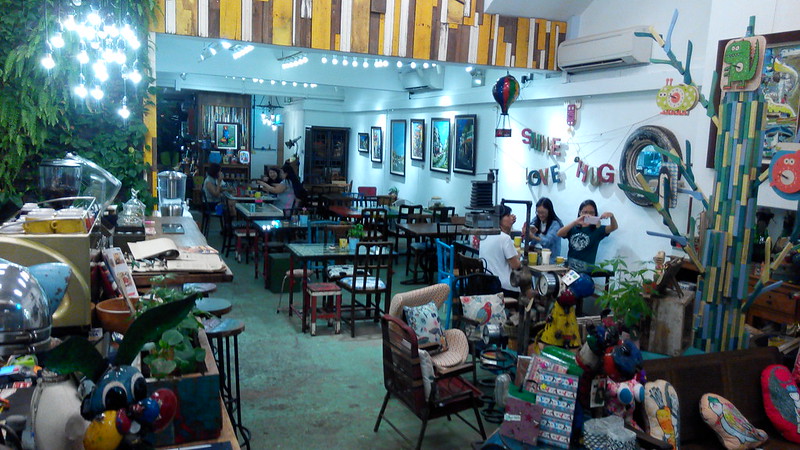 A photo taken at a.e.i.o.u. Cafe with the rear-facing 13MP camera of the FLASH. Photo is unedited and hosted on flickr to show the full extent of the camera. 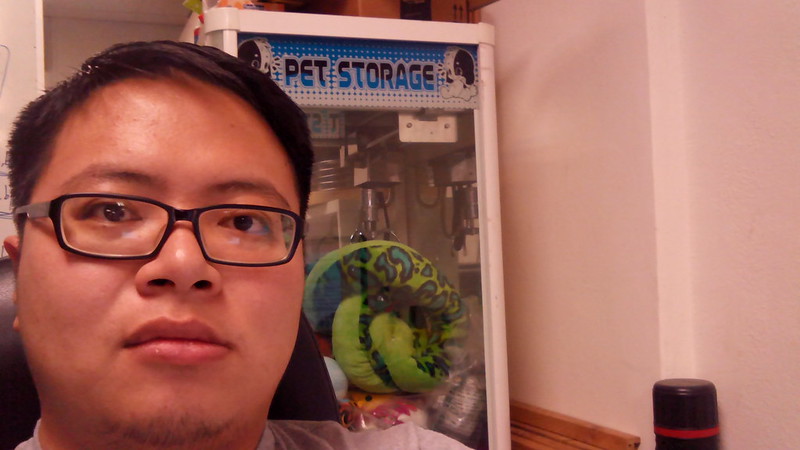 Pardon my unshaven chin. This unedited photo was taken with the front-facing 5MP camera in HackerspaceSG. (Yes, HackerspaceSG has a claw machine, similar to what you see in the arcades.) Image hosted on flickr unedited.

After using the phone for a week, I find that the phone’s light weight and huge screen are a sell for me. I also used the rear facing camera extensively. Being a casual Ingress agent, the long battery life gets me through on the way home while smashing and hacking portals. If I had receive this phone much later, like in end-May, I would have brought it to Taiwan and experience the benefits of the dual-SIM cards functionality as well.

A brand new Alcatel ONETOUCH FLASH smartphone worth $228 is up for grabs! Just follow these three simple steps for a chance to win:

This contest is only open to residents of Singapore. The winner will be selected by 10 May 2015 and notified via Facebook or email.

Robert is an accidental writer. He writes mostly on technology and anything else interesting. He yearns to be a tech nomad. For writing engagements, he can be reached at [email protected]