“It is a most miserable thing to feel ashamed of home.” – Great Expectations, Charles Dickens.

The thing that drew me to catch the film at a private preview organized by the Singapore Film Society was that two-time Golden Globe winner Hugh Laurie, or better known as “Dr House” from the hit medical drama House, is starring in it. 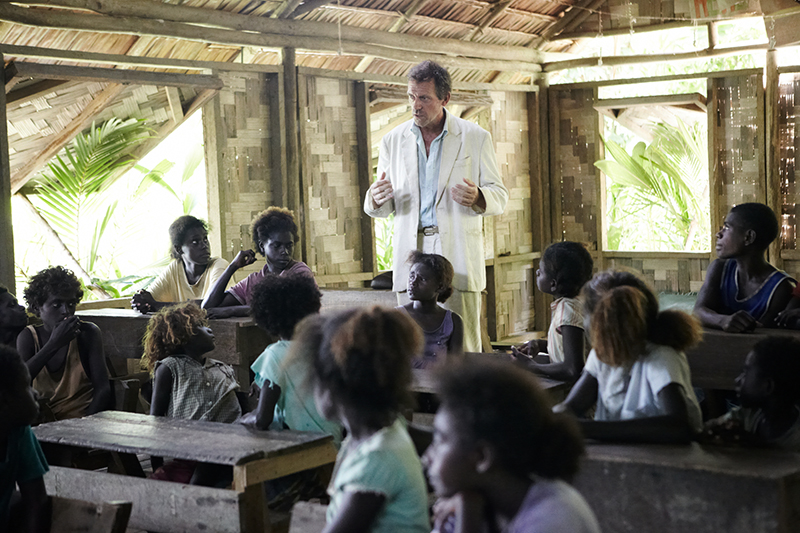 The film is adapted by Andrew Adamson, who is also the movie director, from a best-selling and award-winning novel of the same title, Mister Pip (2006) written by Lloyd Jones. The story is set in Bougainville, a province of Papua New Guinea, during the period of civil unrest in the 1990s.  It tells the story of how the lone white man left in the village, Mr Watts (Hugh Laurie), befriends and helps the pubescent Matilda (Xzannjah) deal with life’s uncertainties and the absence of her father with the readings of The Great Expectations in school.

When things take a turn for the worse, as the fighting reaches her village, Matilda is drawn deeper into her imagination of the Victorian world as she tries to escape the violence and turmoil in the real world. 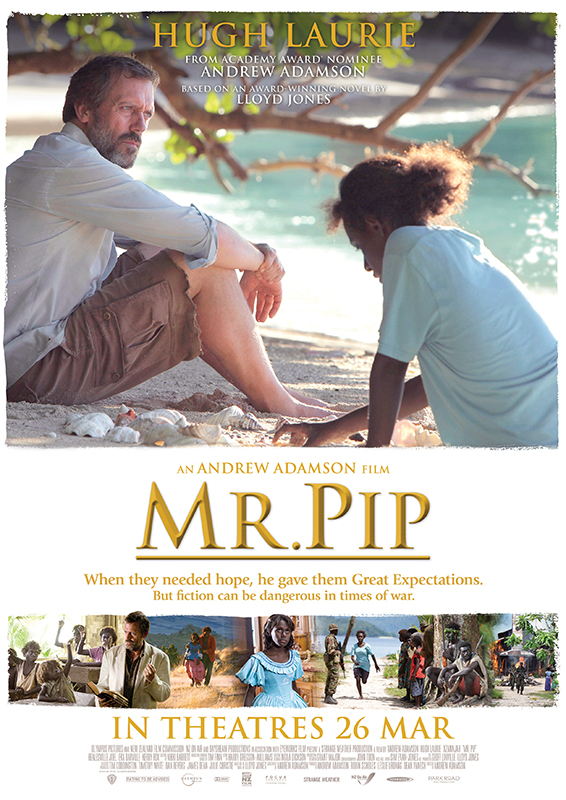 Truth be told, I did not know what to expect of the film. I had not known about the novel Mister Pip, nor am I a fan of the Charles Dickens classic Great Expectations, which is integral to the film plot. I also did not have an particularly romantic notion of far-flung Papua New Guinea.  Before watching the film, the only impressions I had of Papua New Guinea was that it had a rich natural environment with many exotic species of animals and insects, and that it produced excellent coffee beans with floral and citrus notes.

Therefore, I was pleasantly surprised with the film.  It was thoroughly enjoyable and I learned new things about Papua New Guinea. Hugh Laurie was brilliant as Mr Watts, with his readings of Great Expectations and his performance in the film, though that should come as no surprise to fans of his.

The performance by Xzannjah was also sublime, considering she had no previous acting experience.  In fact, the performances by the rest of the Bougainville casts were quite impressive since they were all amateurs.  I was also surprised with the decision taken to shoot the film in Bougainville, given its inaccessibility.

At a post-movie session with the media, Tim Coddington, executive producer of the movie, was very generous with sharing his experiences. He explained the numerous challenges he had in order to complete the project, such as having stranded logistics while filming in the remote location, and difficulties in housing and feeding the crew on a boat during the weeks of filming.  He related that even getting cash to pay people on Bougainville took a 14-hour journey to the city.

I looked up Bougainville on the map.  It is extremely remote — the kind of location that would be ideal for reality TV show Survivor. I cannot even imagine the difficulties of trying to construct the set on location without modern infrastructure and amenities.  That is some real dedication for film-making. 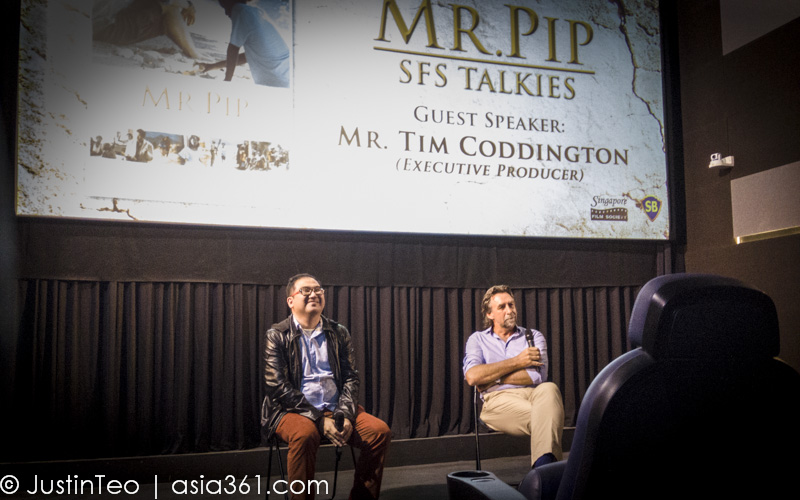 Tim Coddington (right), executive producer of the movie, shares on the numerous challenges faced during the filming of the movie at a movie preview session for the media.

The film is important as it brings the story of Bougainville during the civil war in the 1990s to the big screen. I have always felt that screen adaptions of books help to bring great stories to more people, often resulting in more people reading the books after the success of the films. The novel and the film alluded to the violence and atrocities that were committed during that period in a corner of the world — news that quite likely did not manage to get onto the headlines in the rest of the world.

The novel, Mister Pip (2006), written by Lloyd Jones, a New Zealander, was shortlisted for The Man Booker Prize in 2007 and had won several prizes, including the Commonwealth Writers’ Prize, the Montana Medal for Fiction or Poetry and the Kiriyama Prize.