I started with beer at first, because it was relatively affordable, and commonly offered, especially when one becomes “Boy to Man” during National Service.  Later on in life, I went through a phase with wine as it became more common at social events.  Those relationships had their ups and downs, but that is another story.  Suffice to say, those relationships did not quite work out, and I had to move on.  That’s how I came to know the aqua vitae, or the water of life. 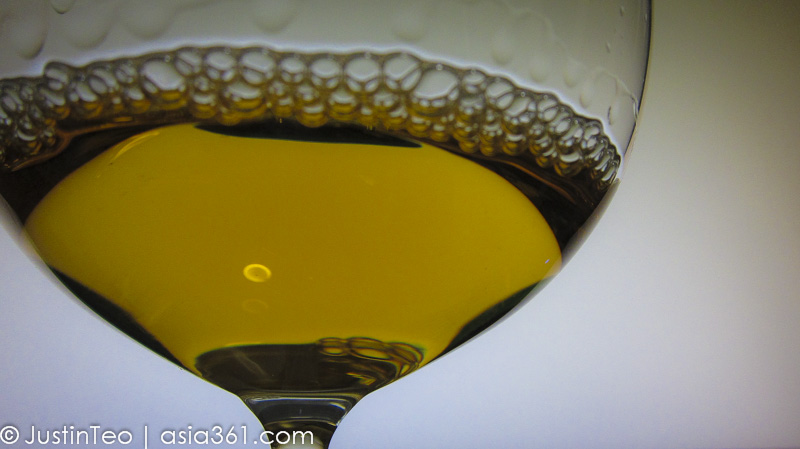 I was introduced to single malt whisky by some people I met at an international conference for work.  A delegate from Finland mentioned how he loved to sit by the fire in winter and enjoyed a glass of whisky, particularly, of a brand called Laphroaig.  One other delegate recognised the brand and both of them started raving about how “smoky and peaty” the whisky was.  Intrigued by how a beverage could be “smoky” and what a “peaty” flavour was, I took note of the brand.  As luck would have it, I came upon that particular whisky on the return trip at the airport and decided to buy it to maximise the duty allowance (like any good Singaporean should).

I remember the day I popped the cork off that bottle of Laphroaig like it was yesterday.  You don’t forget moments when you had your firsts.  The aroma that wafted out of the bottle smelled indeed of smoke, and the sea; I felt like I was having a barbeque by the sea!

I tried gulping it and what a mistake it was — the strong liquor burnt me all the way down to the bottom of my guts, my tongue turned numbed and my eyes watered.  However, when the effects of the alcohol subsided, a strong smokiness and saltiness filled my mouth and nose. I did not know that a beverage could taste so savoury, or that there could be so much complexities in flavour.  There were layers of flavour in that smokiness, like a kind of earthiness and grassiness.

Like all relationships worth saving, I tried to work past the alcohol burns.  Eventually, I learnt that I need to sip the whisky, and let it permeate and spread in my mouth and olfactory.  That way, the alcohol does not burn as much, and even becomes an enjoyable sensation.

Single malt whiskies or Scotch whiskies are characteristic of the locations of their distilleries.  For example, Laphroaig happens to be from the Isle of Islay in Scotland; the whisky is made and stored near the sea which explains the salty flavour.  In addition, whiskies made by the distilleries on the Isle of Islay tend to be peaty and smoky because of the use of peat in the distilling process.  Peat is a kind of decayed vegetation that can be used as a fuel for fires, and it is everywhere on the island.

Thus, I began buying and trying different single malts each time I travel, and would use a flavour chart to pick my next purchase.  The deeper I go down the rabbit hole of single malt, the more I fall in love with the discoveries of new flavours and characteristics.  I still drink beer and wine every now and then, but it’s different with Scotch; there’s a longing I develop if I go too long without it (no, it’s not an addiction). Unlike beer and wine which are enjoyed better with friends, I can spend special time alone with whisky.